By clarifying the importance of failures in understanding and communication, and the manipulation of meaning, we lay the basis for asserting a decisive role for them within security dynamics.

Underlying the primary theoretical frameworks of international relations are a set of assumptions about the nature of the world ontology and our understanding of it epistemology. Both realist and liberal theories have their roots in the positivist and neo-positivist theories of the s and s, ultimately grounded via game theory and utility analysis in similar materialistic assumptions as economics.

The purpose of social science is consequently to craft better and more effective representations through theorising. Importantly, the presence of an objective reality against which they can be tested allows for falsification of theories, thus allowing for a progressive improvement of our conceptual frameworks in an iterative fashion.

Within the context of specific international relations theories, this is best reflected primarily in the structuralist conceptions of neo-realism, which claim objective access to a security reality whose ontology is defined by the presence of the nation-state as the fundamental referent of security. Nonetheless there are fundamental challenges to this perspective. 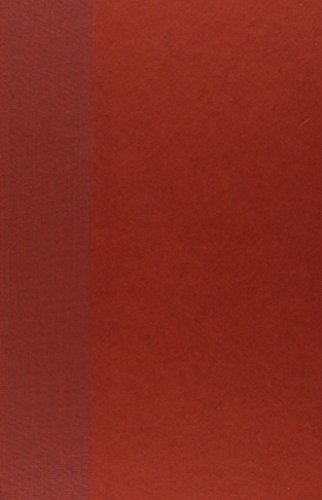 Firstly, how are we supposed to know, as neo-positivists would have us, that our knowledge exists in some specific relationship to reality? The acceptance of such a relationship could represent a value-consensus, rather than an authentic account of reality. Secondly, and more fundamentally, the assertion that a reality exists that is objectively intelligible is challenged by the sheer empirical disagreements observable, for example, between different security communities.

These understandings themselves become a fixture of the world, and consequently shape the flow events and causal dynamics.

Their truth or falsity thus becomes secondary, given that they are in fact acting as more than representations, but rather as facts of the world in and of themselves. An alternative focus is that of the broad family of constructivist theories. While the specific ontologies and epistemologies of constructivism vary widely, they all mark a significant distinction with positivism over the nature of ideas.

It is important to note that this construal is equally dualist in nature. The overlap of perspectives shaped through common interaction with the world provides a basis for defining meaning socially, through language. Since the end of the Cold War, constructivist approaches have been applied widely to the analysis of regional politics, sparking debate against existing perspectives such as neo-realism and liberalism.

However, the shift towards approaches emphasising social and cultural factors in defining the nature of security has not been unproblematic, for two related reasons.

Firstly, the widened application of constructivist approaches has not necessarily been matched by advancement in awareness of the underlying ontological requirements of such a research agenda. Emphasis remains on uncovering an underlying reality, which is itself a fundamentally positivist exercise.

As See Seng Tan observes:. Indeed, this obscures the fact that there remains significant disagreement regarding the ontological foundations of security studies, particularly between theories that assert the primacy of rational agency, versus the determinism of structures such as the competitive system of global power. By placing the locus of knowledge and meaning in internal, subjective mental structures, rather than in some relationship to the external world, falsifiability is challenged.

Constructivism, in its contemporary guise, nonetheless harks back to its structuralist ontological roots, in implying that language defines and shapes the boundaries of the possible. As George V. Zito contends:. Both language and society are things we are born into, and both constrain our ability to conceptualize and perhaps make thinking itself possible. This emphasis on the delimitation of knowledge by form rather than by action both undercuts our ability to evaluate it since implicitly the system of meaning pre-dates our rationality , and our ability to evolve that system.

The alternative is to focus on communicative action, conceived as being shaped by both structure and agency. Action, consequently, represents the point at which object and subject are united. Interpretivist conceptions of knowledge consequently need a distinct focus on actions. It is how actions occur through the weave of these constructs that we attribute them with meaning, and can consequently resolve the agency-structure problem in a neutral fashion. Secondly, despite its roots in a more subjective, interpretivist tradition, constructivism has ended up pursuing similarly broad-brush epistemic ambitions to realism and liberalism.

Like them, it too has engaged in a take-no-prisoners approach towards other theories. This has opened up space for pragmatic critiques. As Peter J. Katzenstein and Nobuo Okawara have argued:. The complex links between power, interest, and norms defy analytical capture by any one paradigm. They are made more intelligible by drawing selectively on different paradigms- that is, by analytical eclecticism, not parsimony.

The key, then, is to open up the epistemic foundations of constructivism, to move beyond asserting it as a competing paradigm with other theories, but instead exploring its value as a pluralistic meta-theoretic outlook that incorporates a diversity of different construal of security through a focus on the role of language and communication in the definition and formulation of meaning. In doing so, we aspire to overcome the challenge of reconciling particular interpretations and general conceptualizations.

This is to be achieved, not by suggesting an over-arching epistemic theory linking the two, but rather by accept that their influence on human events occurs regardless of the foundations of the knowledge we hold, instead focusing on the causal mechanisms through which they operate. A desire for homogenous explanations cannot simply be asserted out of a desire for parsimony. No single discipline can aspire to providing a cohesive vision of reality, and the best that can be hoped is that principles of classification can be tailored to our particular requirements in analysing the world.

The definition of a meta-theoretic framework of constructivism represents a second-order attempt to engage with the issue of language and security. Instead of asserting a specific ontology and epistemology of security language, we focus on the pragmatic fact that the metaphysical validity of security discourses is irrelevant to understanding their practical relevance to individuals and institution. What matters is that people believe, internalise, and indeed perceive the world through those discourses, shaping the definitions, parameters and moves that they and others make within the security sphere.

This research proposes as a form of pragmatism that can frame meta-theoretical investigations across social science and the humanities. Instead, what is proposed is a pragmatic turn that builds upon the uniting role of language in the action of communication, linking subject and object into webs of mutually comprehensible meaning. Such a conceptions says nothing about the component facts of the world, nor attempts to define a dualist relationship between the subject and object.

Instead, it sets aside those debates in favour of the practical reality that meaning is carried through communication, which provide a strong causal description of how interpretations relate to effects in the world. Rather, following the tradition of cultural pragmatics highlighted by Emma Campbell in her contribution to our understanding of security dialectics in US-North Korean discussions, we identify the definition of meaning with both agent and structure, with behaviour and culture.

This conception is reinforced by the practical approach of trans-lingual studies highlighted by Nicholas Farelly, which explicates the processes by which new or translated meanings develop, circulate, and acquire legitimacy.

Exploring the ontology of this position in the context of security studies, the burden of reality is located within language as part and parcel of broader cultural webs. Nonetheless, these webs are ultimately evolved, redefined and intelligible only in the context of acts of communication that take place within linguistic communities. The challenge of operating at the interface of such communities is that the webs of meaning will only be as complete as the mutual linguistic and cultural awareness of the parties involved. While this interface can be manipulated, ultimately it also a structural source of potential misperceptions, mistranslations, and disagreements.


In summarising the approach taken by this study, the key insight is that attempts to assert universalising, trans-historical assumptions about any aspect of social world likely to push our analytic apparatus too far, especially if we cross boundaries of culture, language and meaning. All three internally presuppose a subject, just as the existence of a subject presupposes relationships with a broader reality.

Asserting a dualist conception that separates the world ideas from a material world is consequently a legitimate move, but says something a lot less important than its proponents would suggest: it merely indicates the majority of our discourses we treat the idea of an idea differently from an idea of an object.

This offers no earth-shattering insight beyond the realm of discourse-centered inter-subjective meaning. However, with an awareness of local meanings and context we can still develop insightful interpretations of the interaction of language and security. What is more, there is an advantage in recognising the inherent flux of meaning and interpretation that surrounds our perspectives on the world — as it inclines us towards analytic flexibility, appreciating the fact that the nature and subject of our knowledge is constantly changing.

As such, every constructivist effort to resolve contradiction and reconstruct international politics and security only ends up generating new contradictions in an endless and quite unintended deconstruction. The structure of this research is focused upon fifteen case studies, designed to flesh out the geographic, cultural, referential, strategic, and linguistic diversity of the intersections of language and security within Asia.

The cases primarily fall across a divide between, on the one hand, the instrumental use of language to alter or recast security realities, and on the other hand the role of misperceptions, misunderstanding, and incompatibility of meanings in provoking, prolonging, and institutionalising conflict.


The use of case studies within this study requires some degree of justification, as it goes against the grain of a significant proportion of contemporary practice. As political science and international relations have become increasingly drawn into the positivist quest for objective theory building, case studies have been deployed as an important means of applying small- n detailed tests of hypotheses. The research method pursued here is fundamentally ideographic, seeking to focus on subjective and particular phenomena rather than the development of generalised theory.

As such, case studies are being utilized to demonstrate the diversity of language deployment with regards to security across the Asia-Pacific. While the case studies are not themselves comparative, they do invite readers to appreciate the plurality of conceptions of security within the region.

In doing so, this research harks back to an older tradition of case studies. They all serve to illustrate a nebulous, though fundamental point that language frames the depiction, the pursuit, and even the resolution of security concerns within the region.

The selection of these studies has been based on the discretion of the various sub-regional specialists engaged by the project, guided by their admittedly subjective judgements of the conflicts that best represent the diversity of regional encounters between language and security. The cases have been framed and delineated accordingly to best encapsulate this focus; as such they do not aspire to represent comprehensive accounts of either key regional security issues or the wide fronts of cross-linguistic encounters, but rather specific aspects thereof.